Who's the unsung hero?

From humble beginnings to being Australia's favourite chicken, Steggles has been bringing Australian families together at the dinner table for over 100 years.
Read More

It began with George Steggles and sons Jack, George and Stan in 1919, trading as Steggles Bros in a small Newcastle shop-front. Their dream was to offer Aussies quality produce under a brand that reflected their steadfast family values.

Steggles began selling processed chickens by 1928. Around Christmas and Easter, when there was greater demand for chickens, the Steggles family, including Mrs Marion Steggles, would jump on their pushbikes to make deliveries around Newcastle.

Jack and Marion’s son, Bruce, was a pioneer in advancing Steggles’ operations. Bruce initially gained work experience in the coal mining industry, the skin and hide trade, and even served as a RAAF fighter pilot during World War II before joining the family trade. Upon his return in 1942, Bruce joined Steggles as a floor sweeper.

By 1950, Bruce moved his way up to become the Managing Director, leading the Steggles business through a period of growth. This included establishing a major operations plant in Beresfield in 1958, which by 1962 was producing 800,000 chickens per week. To keep up with the growing demand for chicken, Steggles began to focus on mass production at a farm level, hatching over one million eggs each week alongside investing in key breeding technology.

In 1968, Steggles became the first Australian brand to branch into fast food chicken with the introduction of the Henny Penny fast food chain. 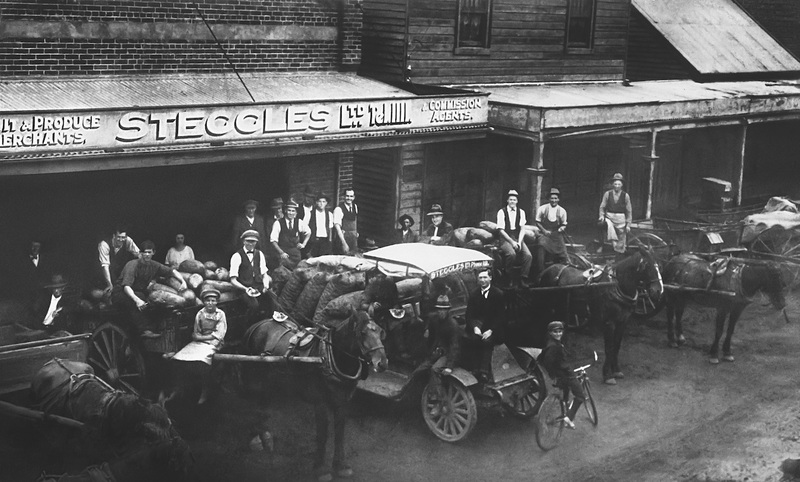 Over the years, Steggles evolved into the “integrated poultry operation” it is today, adding turkey and stockfeed to its offering to bring quality chicken from farm to plate, with the highest standards.

The Steggles range of products are a simple reminder to Aussie families to slow down and enjoy some precious quality time with family and friends.

Here’s to the next century.